On August 3rd, 1987, I walked into my local Strawberries record store. I walked over to the "D" artist section of the cassette tapes. There I saw a male clerk putting copies of a brand new cassette tape into the vertical shelves. I realized the album he was putting in was the same new album I precisely walked into the store for. So I asked him for a copy. That album was Def Leppard's "Hysteria". (And for anybody who still thinks "album" necessarily means "vinyl", you're wrong. "Album" is the general term for an official music release, no matter which medium it takes.) 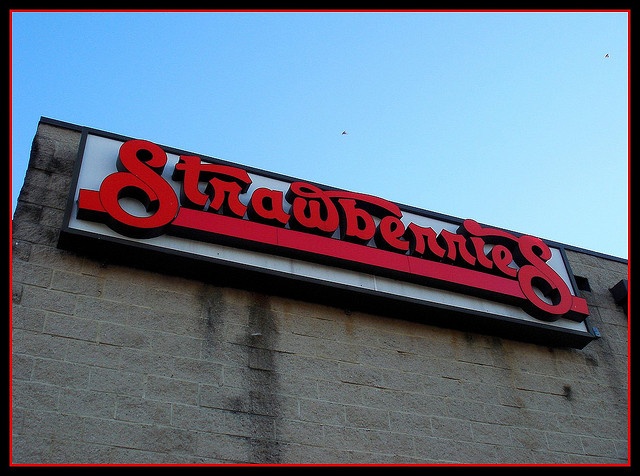 I really have to put the personal importance of this album into perspective. Def Leppard was the first band I could really call a favorite. On my 8th birthday I got "Pyromania" on vinyl from my best friend Robbie, and on cassette from somebody else. I ended up joining the fan club. I bought t-shirts and posters. I sought out and bought their first two albums. I was obsessed.

But tragedy struck in 1984 when it was announced drummer Rick Allen lost his arm in a car accident. It took four long years for the band to recover and rebuild itself. The status quo lost interest in Def Leppard. But as a fan, I kept my loyalty. I stayed in the fan club, reading the news updates over those 4 years. I certainly got into many other bands over those years, particularly other heavy metal banda of the day, but Def Leppard was never forgotten.

I ended up losing that tape to an irresponsible friend named Craig, a.k.a. "Blinky" due to the way he'd firmly blink his eyes, who borrowed it and never gave it back. He insisted the case had shattered. Even though I had given him back his tape of "Diary of a Madman" I had borrowed. What an ignorant jackoff.

But by the summer of 1988, the album went huge, and "Pour Some Sugar On Me" was arguably the biggest hit of that season. My father did business with somebody who worked for the local 108FM station, and that station sometimes traded tickets with the local rock station WBCN. So after pulling some strings he managed to get 2 tickets to see them in concert.

It remains one of my most memorable concert experiences. Great laser show. Joe Elliot donned a Sex Pistols shirt. A lady tried to storm the stage when Steve Clark was soloing. Another lady charged the stage when Phil Collen was soloing. Yet another woman stormed the stage and made out with Rick Savage as he played the keyboard. A muscular guy in front of me showed his friend the sugar cube he was holding, motioning how he's chuck it to the stage (as others would do that day eith sugar packets). It was a way to request their big hit. Our seats were in the center, about 20 rows back. And on the way to the venue, my father bought me a replacement copy of "Hysteria". I bought the book "Animal Instinct" that day. My baby boomer father strangely ended up loving Europe, the opening band.

Fast forward to August 3rd *1997*. I went back to the same store to buy "Hysteria" on CD. I told the clerk the story. He was indifferent. What an alternative-loving asshole.  The store eventually closed and changed into a flower shop anyway.

Like the die-hard fans of certain other genres of music, metal fans sometimes get into the delusion that they "own" their favorite bands. Then when a band they love gets immensely popular, they feel cheated. "Hey! We can't have all of these NORMAL people listening to that band! That's MY band! Our fan club is exclusive, and our own! Damnit, my favorite band sold out!" Lots of people took that attitude with Def Leppard's "Hysteria", but I never have. I even worked a couple of tracks into my solo act. It will always be a memorable album for me of great songs, and the time when my favorite band made a huge comeback when the world still was against them.