« Brawndoism: When Stupid People Misunderstand the Smart as Stupid | Main | Low balances on too many Vanilla Visa cards? Here's one solution. »

Here's something I had posted to my Facebook page at the end of January when the news broke. 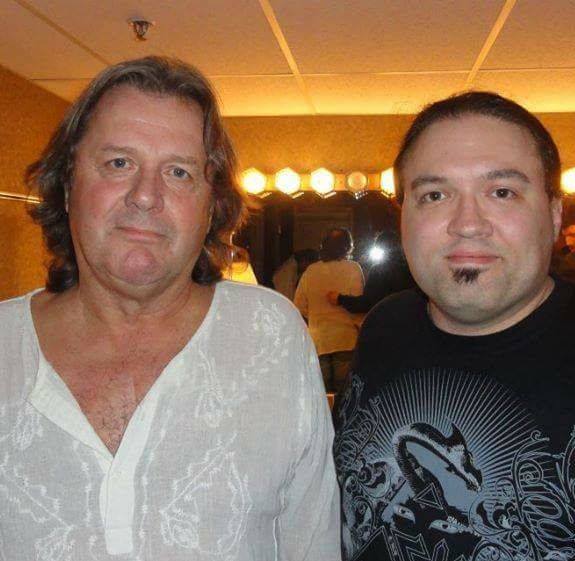 There have been plenty of famous musician deaths in this past year following Lemmy, but this one really hurts.

I knew it was coming. I followed along on all of those updates from Twitter on elsewhere of Wetton's chemo treatments. I tried being hopeful. But I'd see those photos of him with his belt tightened to its tightest setting around his waist, and the photos where he looked less and less human. He fought a long battle. And I got the news mere hours after talking about him with a co-worker.

I had always known about Asia, but I don't think the Asia bug really bit me until the early 2000s. Sometime around then I was also introduced to Wetton's work with King Crimson. Being both a singer and a bass player myself, Wetton became a new source of inspiration. It wasn't long before Asia became one of my favorite bands.

The original line-up reunited sometime around 2006, and I made the effort to see them every time they came to town. I got a chance to meet John only once, at a VIP meet-n-greet in Connecticut. I made a point in telling him how incredible the (then) new album was.

In my solo act at the coffee house, I perform a number of Asia songs. I never went for the obvious "Heat of the Moment", though. "Face On The Bridge" was the first one I ever did. I've also done others I loved: "The Smile Has Left Your Eyes", "Don't Cry", "Judas", "Extraordinary Life", "Finger on the Trigger".

Well, my set list for my show tonight is pretty clear.

After writing this, with some time in the morning free before work, I banged out a few of these songs in the living room: