My freezer is pretty magical.  Just when I thought I've dug up and thrown out the expired stuff, I find even stranger things.  Take this, for example. 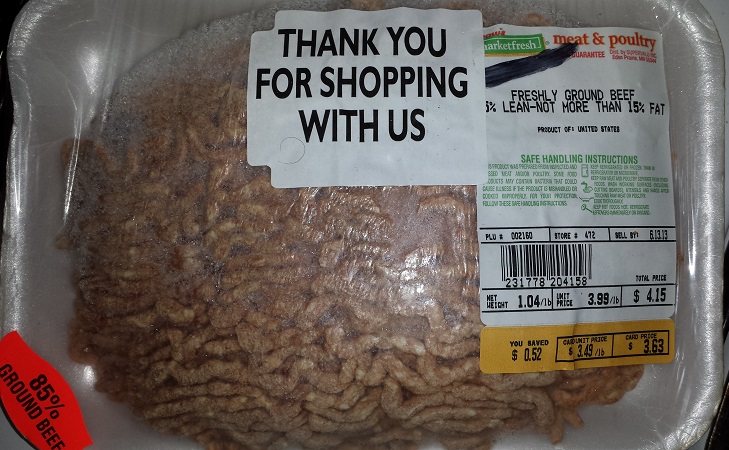 The "sell by" date?  June 13, 2013.  Yep, this has been sitting in my freezer for at least two years., invariably buried under other stuff.  After taking the photo, I throw the beef in a plastic shopping bag, put that in another plastic shopping bag, tie it up, and put it in my garbage bin.  Next. 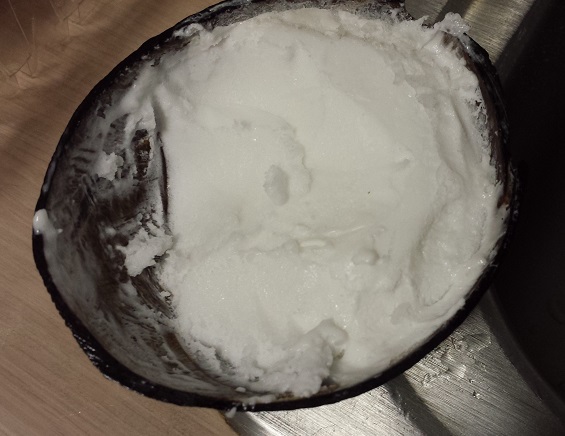 In the last town I lived in, there was a nice little coffee shop that had these sorts of fruit sorbet desserts in varieties like lemon, peach, and coconut.  I started seeing lots of other places sell them as desserts.  I haven't seen any in a while though.  Maybe it was a '00s decade thing.  But they would take the real frozen shell of a coconut, or hollowed peel of a lemon or peach, and fill it with that sorbet.

Well, lo and behold, I had a coconut one.  And I have to say, it looked tasty. Some clumps of ice around the edge, and it was no doubt even older than the beef.  But you you know what?  It was edible.  And not bad at all.  I sure as hell wasn't going to try the ground beef, though.