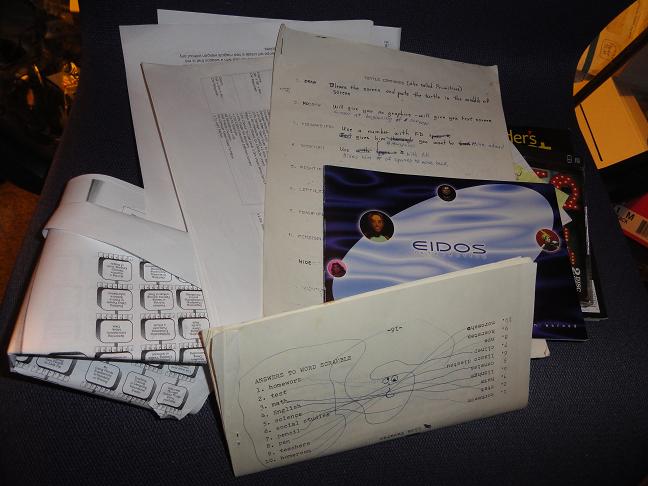 If you read the title of this blog entry and thought I was plotting to kill my grandmother, well, you'd be wrong.  One piece of stuff that I've been ignoring for at least a year or two (probably much longer) has been this giant paper shopping bag in my main "computer room".  It has been sitting behind my chair for quite some time, being an obstacle between two halves of the room.  In fact, what actually prompted me to get rid of it is the music stand behind it, on which is a music book with exercises I've been wanting to go through, probably for even longer.  It's about time I took a look inside the bag.

Judging from the contents, I'm guessing it's unrelated stuff I picked up and threw into one bag while I was moving.  Here were some of the many oddities inside: