It's been a while since I found something of the "Why the hell do I still have this?" category.  But I found it.  It's a stick whittled to somewhat resemble a pencil.  And it looks like I've had it for a long time.

The story behind this?  Damned if I know.  I think maybe I whittled it in Boy Scout camp when I was 13.  Maybe I used it to spool cassette tapes?  Maybe I was planning on painting it like a pencil and using it as a prank item, watching with sadistic glee as people tried to write with it, only to hear holes in the paper?  Did somebody else maybe whittle it for me?  Or did I keep this for nothing more than the fact it was something I spent time on?

I have no idea.  But if the item has absolutely no use to me, and doesn't even serve as a memento for anything, then I'd say it's safe to get rid of it. 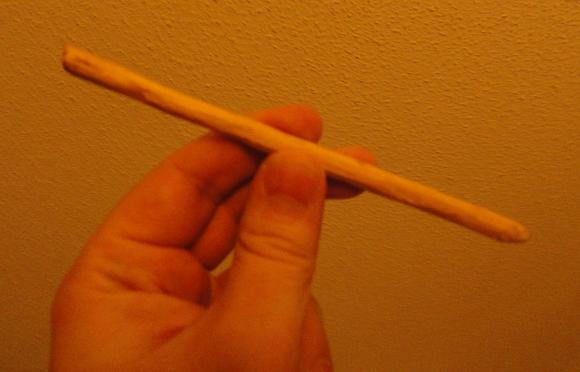