« Finding Other People's Treasures in aplaceformystuff.com | Main | Like a Pencil, Only Useless »

How I Made a Residents Costume

This Halloween I decided to wear a costume that I had made a few years back.  When I wear this, I seem to get one of three reactions: 1) the rare person who knows what I'm "supposed" to be and really likes the costume, 2) people who just find it to be an interesting Halloween costume in and of itself, without knowing where the idea came from, and 3) people who insist on letting me know that they don't know who or what I'm "supposed" to be dressed as.

Well for those who don't know, this is a costume from my favorite band, The Residents.  They're a band who's been making albums since the early 1970s, and have never publicly revealed their identities.  In fact "band" doesn't completely describe them, because from the earliest days they also did various film projects, and were one of the first bands to explore other media like multimedia CD-ROM.  Regardless, The Residents only perform in full costume and don't give interviews.  The main reasoning behind this is reportedly that the band wants to be as artistically free as they can, and they argue that what they do in their personal life should all be completely irrelevant to the music listener; the only thing that should matter is the work they produce.  The Residents have worn countless different costumes over the years, but this particular costume remains their most famous, and the eyeball-and-top-hat logo has become a general logo for the band.  It first appeared on the front cover of their album "Eskimo":

Other fans over the years have similarly made these eyeball costumes for thsemelves, some of them certainly better than what I have here.  Even The Residents themselves have made a few revised versions over the years.  But here's how I made mine.

First, the materials that I used:

And here are the details: 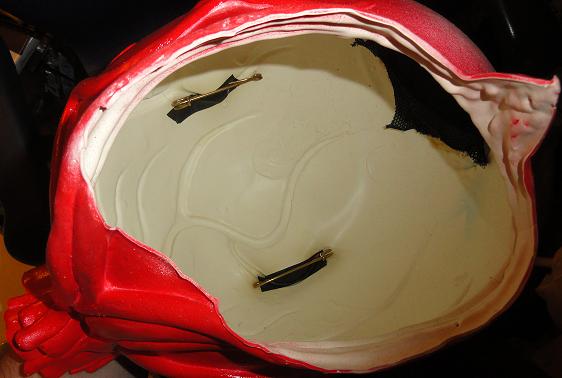 Now I could have just done the same exact thing with the right side, but I decided to do something slightly different.  Instead, I just attached the pin to the mask, but not through the hat.  Then I put a twist-tie (#4) through the hat where the pin would normally be, and attached the twist tie to the pin on the outside of the mask.  The reason I did this is that I could then tighten or loosen the twist tie so that the hat looked good and fit well over the mask.  This made it adjustable! 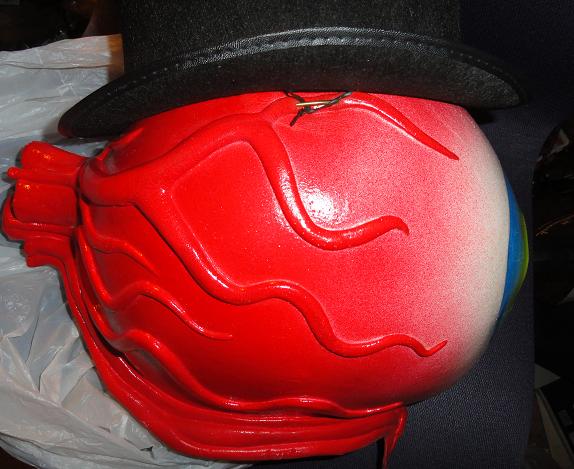 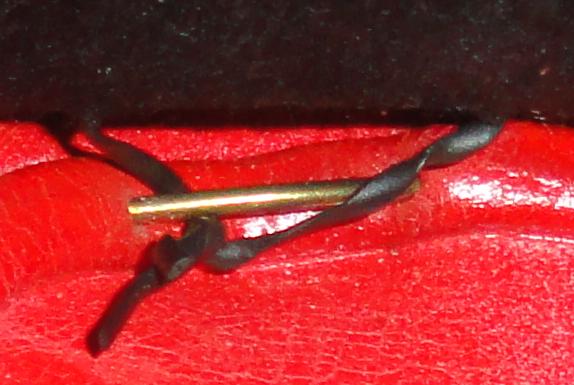 (Here's a close-up.  When the mask is actually worn, this part is covered up by the hat. I just pulled the at up here to show the detail.)

And there you have it!

I leave you now with a music video from The Residents.  It's hard to pick just one thing from them, since they have dozens upon dozens of albums.  But here's a video with the eyeball masks in some scenes.  In 1980, The Residents created the "Commercial Album", an album made up of 40 songs that were each exactly one minute in length.  They picked four of the songs to make four mini movies, and put them together to make a video: