Dealing with clothes is a topic that I've blogged about before.  Well, that was over two years ago, and some things have accumulated since then. 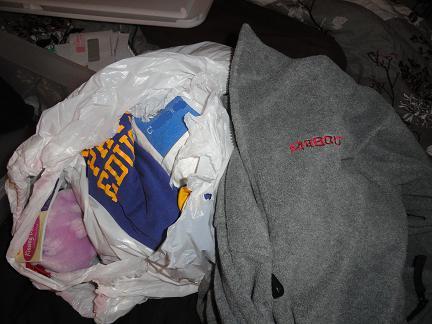 Here were some of the recently found wearable oddities: