Some years ago I bought a "fire box".  This is a secure box that not only locks, but will allegedly survive a fire.  So if your house burns down, the stuff inside the box will still be intact.

Recently I was looking for some item and thought that it might be in the fire box.  I found the key and opened it and didn't see it in there.  More importantly, I realized I was keeping next to NOTHING inside of my fire box. In fact, it was stuff that I wouldn't even remember if a fire consumed my home. 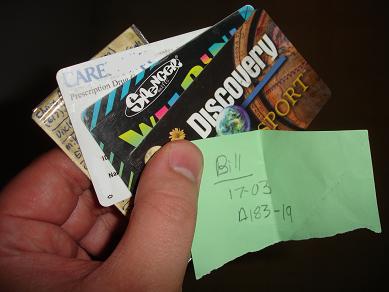 Here's what made it from the fire box, into my trash:

The moral of the story?  Fire boxes seem like a good investment...if you stuff you put inside is actually of some value to you!