Rare Doctor Who for sale. Know any fans?

Silly me.  I blogged about the Doctor Who lots I put on eBay, but didn't give the links.

To recap: I put two lots of rare, out-of-print Doctor Who episodes on eBay. Most of them are from the Tom Baker years. They're on VHS (NTSC) and have never been released on DVD (or I think in some cases, at least never released for region 1).

Now one thing I don't mention in the auctions, is that I successfully made some DVD-R transfer copies of some of these episodes. So if somebody here buys them or refers to somebody else who will buy them, let me know and I'll throw in some transferred DVD-R copies of the same titles too.  I'd like to see these make their way to the home of a fan! 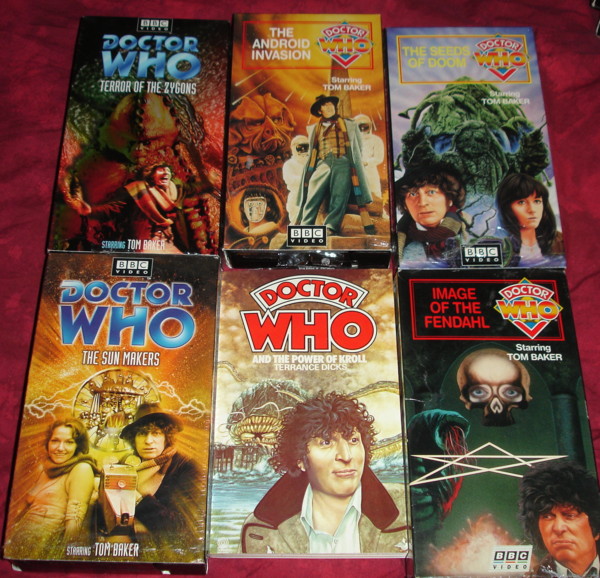 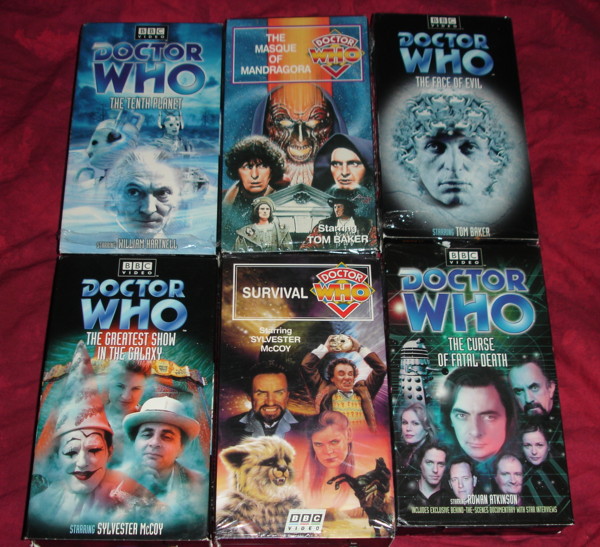